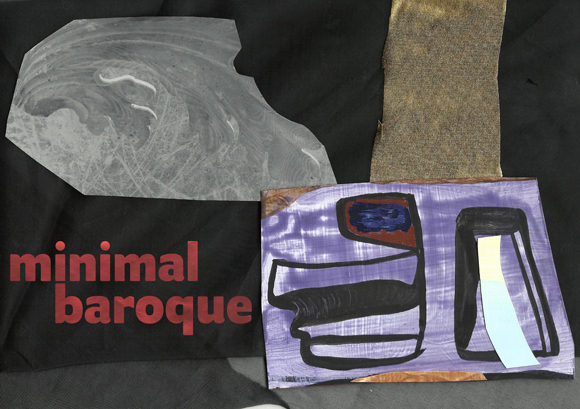 With significant works from eighteen artists, the exhibition traces post-minimalism’s use of the Baroque and minimalism. Baroque features, such as excess, emotion and drama, are also found in minimalism, though it is usually characterized by reduction, rationality and seriality. Post-minimalism, however, combines the two in a rejection of minimalism’s closed, geometric forms, in favor of open forms and multiple media.

The Baroque period dates from the 17th century and the emergence of a new religiosity. Baroque culture was one of extremes visualized in painting, as well as sculpture and architecture. In the 1960s, minimalism produced an awareness of materiality and process in art-making. In Baroque art, exaggeration was praised, while minimalism advocated severe reduction. To look at both is to draw on the idea of an amplification of form, material, shape and color.

Yet they share common characteristics. If these two modes of art seem at historical, chronological and formal odds, they are not. What they share is a way of being. Both inhabit their distinct styles as a fusion of aesthetic form and timeliness. It is not surprising, then, that the two seemingly disparate ideas began to merge in the latter part of the 20th century. Minimal Baroque: Post-Minimalism and Contemporary Art takes up this idea of combining less and more.

The exhibition consists of historic minimalist works by artist Donald Judd, alongside early post-minimalist objects by Jo Baer and Øivind Nygård. Site-specific works are being created specifically for the exhibition.

Now a significant institution for contemporary art in Denmark, Rønnebæksholm dates back to the 14th century. Historically, it was the site of Denmark’s first powder mill and influential, nationalist pastor, N.F.S. Grundtvig’s (1783–1872) greatest love. Minimal Baroque: Post-Minimalism and Contemporary Art expands the exhibition space of Rønnebæksholm to include the old chambers on the second floor, the park and Grundtvig’s former pavilion, Venligheden.